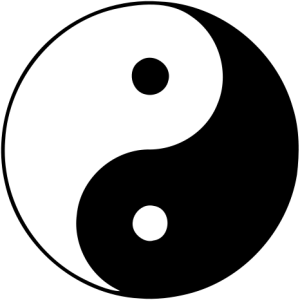 I’m throwing the question out there: why is western yoga so overwhelmingly white?

In my six years of teaching (and longer as a student) I’ve been to numerous yoga workshops, trainings, and conferences, and I can’t help but notice the dearth of people of color at these events.

This topic is one of my yoga rants, together with ageism in yoga marketing in this country, but you don’t see these topics discussed in Yoga Journal — and that also bugs me.

As for black yogis, I know of Rolf Gates, Alice Walker, Becky Love, a Chicago yoga teacher, and Ty Powers. There is also the International Association of Black Yoga Teachers whose mission is “to serve the African Diaspora by spreading the teachings of the ancient art and science of yoga.” As for black yoga students, I can count on one hand how many I’ve had. One of the places I teach is a community college with many African-American and Hispanic students, but in my four years there, the majority of my students are white.

Even when I go into Chicago to my teacher’s studio to take his classes, a studio that is in a hip, diverse area, the majority of students are white.

I teach karma yoga at a domestic violence shelter to the Hispanic Women’s Support Group. These women love the time they have for themselves. They love having the opportunity to meditate in a quiet place, an opportunity they usually don’t have at home with kids and with men who don’t support them emotionally.

Once a newspaper reporter interviewed me and some of the shelter’s students about yoga for battered women, and one woman said she would love to see more yoga offered in their community, but she felt that many Hispanics might not be receptive to it, mainly because of their religions (Baptist, Catholic, and Jehovah’s Witness in my area.) One woman stopped coming to my class because her minister – a Jehovah’s Witness — told her that yoga was evil and she would go to hell if she kept doing yoga. The group leader told me this and she said that the woman felt badly about it because she loved the way yoga made her feel, but she felt she had to listen to her minister over and above what she felt inside her.

I know that the cost of attending yoga classes can be prohibitive for people in lower-income areas. When one has to pay the rent, buy food, pay the utility bills, and buy clothes for the kids, yoga classes are a luxury even when offered at less expensive venues such as park districts or community centers. Are people of color in higher income brackets doing yoga or going on meditation retreats? It seems to me that people in lower-income areas — black, brown, or white — should have the same access to alternative healing modalities such as yoga, acupuncture, massage, reiki, and meditation that my white upper middle class students have. Local area yoga teachers and other healers could offer these modalities through seva service.

But as for the yoga business itself in the west, and the population of yoga teachers in the United States, how culturally diverse is it…really? Again, what about the way yoga is marketed in the west, how “colorful” are the ads in yoga magazines? Is yoga marketed predominately to the white community? If that’s the game plan of advertisers, why? Is it solely about economics and demographics?

Or is yoga just a white thang?

It all makes me go…hmmmmmmm…….