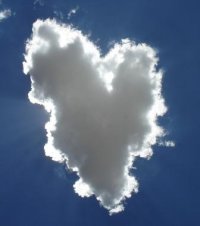 “You are a life saver. Without you I would be a stressed out 20 year old bitching about everything. Now I live my life and I’m writing my own story and I have never felt better. I tell everyone about you and how you guide people to find not only happiness but themselves. I thank you for opening my eyes to that.”
[college student, 2009]

With all the yada yada about how old yoga really is (see discussion in comments), the name-branding of yoga and the Show Biz Yogi Lifestyle (TM of course), what is “real yoga”, Bikram’s desire to have yoga (uh, asana) competition in the Olympics, ad infinitum, it all makes me want to scream “STOP!”

Don’t get me wrong, I love a good discussion, but I have to ask: when is enough, enough? Buddha (basically) said not to take peoples’ words as gospel, that you must experience things through your own lens and judge for yourself.

I know what works for me and I’ve written about it on numerous occasions. Brenda made an excellent point when she asked “if you just boil it down to asana without any kind of inner reflection, then isn’t it just floor exercise?” I love her one word opinion about that.

But I will play devil’s advocate and say, so what? So what if someone does some stretches when they get out of bed and calls it yoga? I asked Tom Pilarzyk that question when I heard him speak on whether American yoga is in crisis.

I believe that yoga must contain certain things in order for it to be called yoga. Notice that I did not say any type of spirituality must be a requirement; I don’t even say namaste at the end of my classes. I don’t care if you’ve never read a yoga book and think Bhagavad Gita is the name of the guy who fixed your computer.

As I’ve heard Desikachar say, if yoga does not contain X, then you’re just doing acrobatics. Nick Rosen, the “star” of the movie Enlighten Up said “yoga’s anything you want it to be and that’s very freeing…” Uh, OK…I’m going to swing from a chandelier in my chakra underwear and trademark it as “SwingYoga.” Yup…just call something “yoga” and that makes it “yoga.” Uh-huh. And if you steal this idea I’m going to sue your yoga butt.

Sometimes all this yada yada makes me want to go off and live in a cave. OK, not really, but it does make me question being a yoga teacher, especially when stuff like this happens. I tell myself, why bother, when people aren’t getting it. I know a few teachers who have just given up. Then I remember what I heard Seane Corn say in a workshop: that she’d rather teach to the two who get it than the 10 who don’t.

But then a student tells me what my college yogi told me. Or the hearts of the domestic violence survivors crack open when they know that maybe just for this moment they are loved unconditionally.

That is my real yoga, and frankly, I don’t care what you do. I used to care, but I don’t anymore. You do your “yoga” and I’ll do mine. But please…don’t insult me and my teachers and my teachers’ teachers going all the way back to Patanjali by calling your morning stretches or your posing, yoga.

Don’t insult the original yogis, the sramanas, those renouncers of the Hindu rituals who around the 8th Century BC to the 2nd century CE used their bodies and minds as laboratories for the direct experience of yoga and nondualism.

If something isn’t changing for you off the mat, then don’t call it yoga.

Instead of a Christmas analogy, I’ll use food. If you want to make a chocolate cake but leave out the chocolate, can you still call it a chocolate cake? Or is it just a poor imitation?

34 thoughts on “this is my real yoga”