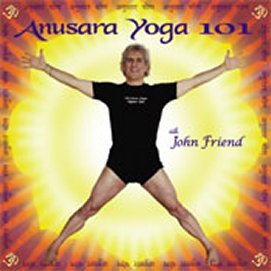 What a surprise then when one of the characters who was under suspicion for murdering his girlfriend in this week’s episode of Law and Order: Special Victims’ Unit (“Beef”) say he was an Anusara yoga teacher. Not just any old yoga teacher, but an ANUSARA yoga teacher. The writers made sure to have the character tell detectives Elliot and Oliva that his yoga teaching was all about “grace” (John Friend’s tagline for his trademarked style of yoga) so how could he possibly be a murderer? Wow. It’s usually cigarettes and booze that are product placements, but now yoga? Ah….yoga in America.

So it was a breath of fresh air to read the New York Times story A Yoga Manifesto about yoga’s “new wave” of “a brewing resistance to…the cult of personality,”, i.e., the rock star yogis. Years ago I did a weekend workshop with John Friend before he was filling up the huge halls and he had an entourage of yoga groupies students that would rival any rock star.

From the NYT article:

“And is it surprising that yoga, like so much else in this age of celebrity, now has something of a star system, with yoga teachers now almost as recognizable as Oscar winners? The flowing locks of Rodney Yee. The do-rag bandanna worn by Baron Baptiste. The hyper perpetual calm exhibited by David Life and Sharon Gannon, who taught Sting, Madonna and Russell Simmons. The contortions (and Rolls-Royces) of Bikram Choudhury.

…’The irony is that yoga, and spiritual ideals for which it stands, have become the ultimate commodity,’ Mark Singleton, the author of Yoga Body: The Origins of Modern Posture Practice, wrote in an e-mail message this week. ‘Spirituality is a style, and the ‘rock star’ yoga teachers are the style gurus.'”

The article speaks about the success of Yoga to the People, the New York yoga business that is at the forefront of the “no rock star yogis” yoga. While Yoga to the People has a contribution-only, pay-what-you-can fee structure, apparently it’s a cash cow for Greg Gumucio. He has three studios in New York (including two hot-yoga studios that charge $8 a class), one in San Francisco, one in Berkeley, and one scheduled to open in Brooklyn. He is considering expanding to Austin, Chicago, and Los Angeles. I say good for him because it’s a great idea.

The irony of success is that Greg Gumacio and his brand of “yoga for the people” will become as popular and as well-known as any rock star yogi.

What say you about the mention of Anusara yoga (albeit in an off-hand way) in a primetime television show? Does it go along with what Mark Singleton said in the NY Times article that “yoga, and spiritual ideals for which it stands, have become the ultimate commodity”, something to be sold just like a pack of cigarettes or a jeans label? Why not have commercials for all the name brands: Forrest, Jivamukti, Core Fusion, YogaFit, and of course, Bikram. I bet the ad agencies would line up to get a piece of that pie.

This post is not about Anusara yoga or John Friend. Replace those words with any other trademarked and name brand yoga and the post would be the same. The selling of yoga as a commodity.

As Tony Soprano would said, whaddayagonnado?

uh oh….they’re on to me! from site meter: “Atlanta, Georgia arrived from mail.anusara.com on ‘linda’s yoga journey’.” I’d better lock the doors and pull the shades.

….wait…I hear a mob outside….instead of fire and pitchforks they’re all holding Shiva’s tridents that have been set on fire….quick! help me! they are banging down the doors yelling “GET HER!!” AAAARGHHHHH!! Save yourself!

7 thoughts on “hand me that Anusara and a chicken wing”