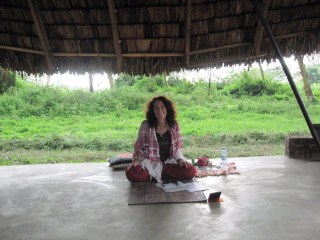 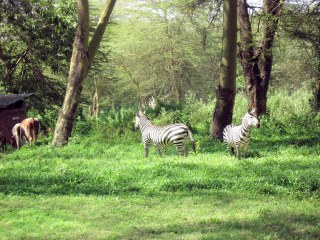 My oh my, what a blessed year 2010 was…no apologies, no regrets, and always moving on.

I started out in South India at the Krishnamacharya Yoga Mandiram, flew to Kolkata where Kali Ma knocked me down, traveled to Bhubaneswar to meet the 64 Yoginis, and then spent 9 days at the Maha Kumbh Mela in Hardiwar where I jumped into the Ganges on Mahashivratri and met a swami of the highest order.

After India I flew to Africa and spent a night in Nairobi, Kenya after crisscrossing the Persian Gulf to spend hours in Qatar AND Dubai due to flight problems, flew to Zanzibar to spend five days on the beach, then flew to Arusha, Tanzania where I introduced yin yoga to 20 or so Arusha yogins and the two zebras that waltzed into the retreat on Saturday morning. Yoga teaching doesn’t get any better than that.

After the retreat I went to the bottom of Ngorongoro Crater and as I watched a herd of wildebeast and zebra, hearing only my breath and the wind and their grunts, I experienced such a visceral feeling of oneness with all things that it rendered any words I had ever read about that primal recognition almost meaningless.

Of course one does not have to travel thousands of miles for that realization — I feel the same way sitting in my garden and watching the butterflies and honeybees. Or upon opening an acorn and seeing an oak forest in miniature and feeling that time has stopped — Tzimtzum which means Divine Contraction. It is the belief that if God is infinite, He would have to draw in and make a void into which creation can come, whether it’s in my yard or the bottom of a prehistoric crater in Africa.

I don’t know why but this year brought a closing in rather than expansion, but not a closing in in a negative way. My yoga practice definitely changed after my trip. I gave up all my classes except my private ones and I was amazed at how content I became because of it.

What was foretold to me had come to pass: I died in India when I jumped into the Ganges and was reborn at the bottom of that crater.

And all that was just the beginning of my year.

The words that describe my yoga teaching this year are “less is more” and “quality over quantity.” I no longer teach at studios and have no desire to ever teach regularly at studios again except for the occasional workshop. The students who come to my house are sincere and dedicated and are hungry for more and more meditation. We’ve developed quite the sangha yet they know I must go to India to refuel. “You will always be my teacher,” one student told me on our last night before my upcoming trip.

The women at the domestic violence shelter where I teach have inspired me to take a special training in teaching yoga to trauma survivors. Those battered women who are also my teachers have also inspired me to embark on a new journey into graduate school and a Masters in Transpersonal Psychology. One night after teaching I had another epiphany after speaking with a woman, again so visceral that I saw my life’s path laid out before me – there will be no turning back.

The year has shown me how asana is such a small part of the practice. It’s only the appetizer to the feast. Yoga blogs where the only thing written about is mastering this pose or that pose are incredibly boring to me. Yoga has become a cult of the body in America. I think, what are they going to write about when they can no longer do that sick arm balance or inversion, what will they have left? Get real.

The yoga blogosphere in 2010 burned up with the heated discussion about Tara Stiles and her book and the “who owns yoga?” debate.

Although I also jumped into the debate I became bored with those discussions, too. The turning point came when a post was published in a yoga-ish online journal that seemingly pitted me against Tara Stiles, my yoga vs. her yoga. While the writer thought it was complimentary, I felt blindsided and betrayed. The writer did not feel it necessary to ask my permission or even to ask my opinion before he wrote about me.

Needless to say the writer felt Kali’s wrath and the post was pulled, but the incident left an extremely bad and bitter taste in my mouth that made me rethink my time in the yoga blogosphere. The best thing that came out of the situation was the support shown me by certain yoga bloggers, one especially, who also felt the writer’s actions were unconscionable.

The question of what is “real yoga” also arose in different venues. I have always said that this is my real yoga and one of my students also used the phrase. I will say again that I really don’t care what your yoga is, I know what mine is, but one thing that I am convinced of is that if something isn’t changing for you off the mat or off the cushion (and how many yoga practitioners also have a dedicated meditation practice?), then it’s not yoga.

And no apologies to those who hate the phrase “real yoga.” I’m tired of that judgment, too. It’s almost a reverse snobbism. Anyone who criticized or questioned the yoga status quo was called a “hater” or “judgmental” in the yoga blogosphere. Many discussions served to separate rather than gather the online yoga community. I grew tired and it drained me and further convinced me to stay away from yoga blogs.

Yes, I am sensitive about the topic of “real yoga.” Over the five years of writing this blog I’ve caught flak about being so outspoken and that has made me misunderstood at best and unpopular at worst. I’ve been described as being passionate in my defense of yoga in the face of commercialism, exploitation, and misunderstanding. If the body cult of modern Americanized yoga is right, then I’d rather be wrong.

I’m not everyone’s cup of chai and I’ve always been an outsider, and frankly, because of decisions I’ve made, I’ve never been happier with teaching. Quality over quantity. I don’t want to teach a dozen classes a week to those who do not see yoga as a wisdom teaching on self-transformation, as something beyond the cult of the body. There are other teachers who do that but I’m not one of them and that’s just fine. It’s neither good nor bad, it just is. That’s my yoga and yours is yours.

So as I plan my fifth trip to India (I’m leaving in two days), I wonder what 2011 and beyond might hold. What can top the Maha Kumbh Mela and Ngorongoro Crater? My gut tells me that this will be last trip for a few years as I work on a masters degree. I was told that this will be my last trip as a student, that when I return I will bring India something instead. We shall see.

Maybe I am drawn to India because she has her own strong personality, just like me. She shows you incredible aspects of yourself while at the same time showing you impossible suffering. Nothing is hidden, suffering and death are on the street every day. You have to face it and if you go to India for spiritual bliss, you will be challenged beyond your imagination. If you accept the challenge, if you don’t run in fear, your life is changed forever. 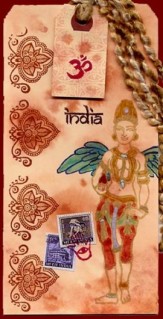 14 thoughts on “reflections on 2010 and ruminations on the future”