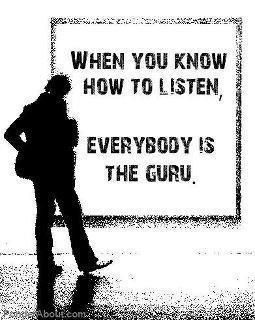 It has always struck me how Western yoga peeps are afraid of the word “guru.”  I’ve gotten into it with a well-known yoga blogger about the use of the word guru, her argument being that somehow there is something inherently bad or negative about the word.   We give words their power.   There are different definitions for guru:  venerable, weighty, teacher, dispeller of darkness.  In Buddhism a guru is seen as a teacher or a spiritual friend.  So many connotations on such a simple word yet so many problems associated with it.  That’s what happens when we look outside ourselves for our identity.  We become lost and confused.

I was happy to be in India when the John Friend scandal broke.  Yawn.  That’s when the discussions of guru began.   I have no problem with so many seemingly intelligent people calling him a guru.  But I think the entire debacle raises questions on WHY so many people got hood-winked.  What does that say about them?  What were THEY lacking in their lives that they entrusted their identities, indeed their yoga souls, to someone like Friend?  People can argue that we all have the need to belong to a group, we all need to feel wanted, praised, loved, but at what price?  Just because the Kula Kids gave up their identities to a charismatic charletan, does not make the concept of guru bad.

I have been called a guru, albeit in India, and I don’t have an entourage like Friend.  When I am in India and people find out I am a yoga teacher they automatically ask “who is your guru?”  People have touched my feet in India, especially at the Kumbh Mela.  I know that would shock people here and the first time it happened I was taken aback, but I realized, that’s what people do.  I did not automatically think that I am any more special or more important than they are.

Kausthub Desikachar spoke to us twice during my training this month and he spoke about the teacher-student relationship.  He said yoga students should look for a teacher who has a current relationship with a teacher, but to focus on the teachings, not the teacher.  He told us that people would always tell him how wonderful it is to have Desikachar as a father, how wonderful it must have been to have Krishnamacharya for a grandfather, that they must have been the perfect teachers.  He told us, no, they were not perfect men, they were not perfect teachers, but they were passionate about the teachings, that the teachings of yoga are much more important than Krishnamacharya or Desikachar.  Kausthub said that if one reads the Sutra-s carefully, Patanjali did not say if we practice authentic yoga that we will not have any problems, we will only have less klesas.   Freedom is not about being perfect, it’s about making friends with your imperfections.

I read on a yoga teacher’s website the other day that she is an “expert in all things yoga.”  Wow.  Does that make her a guru?  Instead of wanting to learn more about her, that makes me run like hell.  I have never heard the teachers at the Krishnamacharya Yoga Mandiram say they were experts in anything.  In fact, in spite of some of them studying with Desikachar for 10 or more years, during my training they said they are still learning from him, from each other, and from us, the students who come to sit at their feet.   Humility bespeaks a true yogi.

So put down that smartphone, look someone in the eye, and listen mindfully next time they speak to you.  That person might be your next guru.  Not the rock star yoga teacher you idolize at the yoga conference, not the yoga teacher you pay thousands of dollars to for a teacher training, but your next door neighbor.  Or a homeless person.  Or a domestic violence survivor.

I am blessed with serendipitious meetings when I am India and one of them was during my last weekend in India.  In a land where even the beggars have cell phones, this man does not have one.  He does not do email and he did not know what Wikipedia was until I told him.  He is a wealthy man, a movie distributor whose father was a famous film director in 1950s Bollywood and whose mother was a well-known musician who played at Woodstock.  Yet, one of the most unassuming men I have ever met.  We talked about the cell phone phenomena, about how people feel lost without them, AS IF constantly checking emails and Facebook and Twitter gives them their identity.  He said, “I see people all the time in restaurants, they are out together but not talking, they’re always checking their phones.  Nincompoops.”  He said they were missing life, missing connecting with someone who could be their teacher.  A guru.

My friend said he does not allow people to make or receive calls when they are in his flat, only in emergencies, only if it is an absolute necessity.  He makes them go outside because he finds it rude and distracting.  This, in a country where there are more cell phones than toilets.  I’ve decided that next time I am talking with someone who is more interested in swiping their smartphone or checking Google Maps, I’m going to stop talking and wait for them to practice mindful listening.

We spent 17 hours together during my last weekend in India.  No computers, no phones — only walking, talking, drinking tea.  And always mindfully listening to each other’s guru.

14 thoughts on “who’s afraid of the big bad guru?”