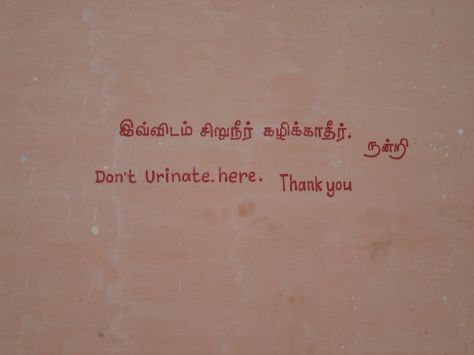 DISCLAIMER #1:  I have never heard of this teacher and have no reason to defend him.
DISCLAIMER #2:  I think Yoga Journal sucks.

That being said, apparently a lot of Western yoga people have lost their shit over the Yoga Journal article I Took My Baby to Mysore, India, for a Month: Here’s What It Was Really Like  that was posted on Matthew Remski’s Facebook page.  He says it is “layers of BS.”  I’m very amused at the outrage — they are yelling that this guy has a neo-colonialist attitude.

As a woman of color I will be the first one to call out colonizers, neo or otherwise — such as white yoga people with dreads who call themselves shamans.

But this article?  Nah, not so much.

While this teacher’s writing is not my cup of chai and smells like New Agey smarminess, he’s naming things in India as he sees them.  Some things he wrote made me say hmmmmmm, but overall I thought his piece was fair.  A month in India is nothing and in this nomad yogini’s opinion he should have left the wife and kid at home — he freaked out about how dirty India is and went a bit overboard.  I’ve walked in Indian streets in my bare feet, boo.

Yeah, I said it — India is dirty (in fact, filthy in some places) and Indians in India will say the same thing.  See my photo above, the words are painted on a wall for a reason: men piss in the streets.  But India is also beautiful and wondrous.  A terrible thing can happen to you (e.g., theft) and within 5 minutes you might experience such beauty and grace it will make you weep.  The dichotomy of India.

Landrum writes:  “To survive in India, you have to drop your agenda. You have to relinquish your ideas about reason, order, and even basic sanity. They have no place here. Unless you surrender them, you risk melting down completely. So, you throw off your ideas and you step you into the abyss, allowing yourself to fall.”

Guess what?  When I take people to India I tell them the same thing, more or less.  Because the people who get into trouble in India (I’ve seen Westerners’ melt downs) are those who hold tight to their Western mindsets.  Ain’t gonna work in India.  You MUST go with the Indian flow.  Had my students not known that in 2016 when Modi declared the certain rupee denominations worthless the day after they got to India, there is no way they could have handled things as well as they did.

But no matter how many times you go Ma India will still kick your ass.  I got stories.

No one has the same experience with India.  His experience is his experience, mine is mine.  I have not updated my India blog since 2015 but an Indian reader told me: “You are one of the few who doesn’t bring up the heat and cows when writing about India. You somehow balance your respect and love for Indian traditions with the necessary irreverence making it honest and touching.”

Becoming outraged about someone naming the negative is just as bad as someone wearing rose-colored glasses about India.   My rose-colored glasses fell off around trip three.  I don’t sugarcoat a damn thing about India.  It’s not all peace love dove and Eat Pray Namaste.  Any Western ex-pat living in India for a while will tell you that it’s not “all good.”  Frankly, most of the people I’ve met who are incredulous at the number of trips I’ve taken to India are Indians who have moved to the USA.  “Why do you go there so many times?,” they ask.  “I’d never move back!,” they tell me.

I have never been to Mysore but I have done 13 trips to India, staying for months at a time.  I’ve stayed in Rs 300 a night guesthouses and 5 star hotels.  I’ve taken buses with only a backpack with me, done 17 hour train rides, and have hired drivers.  I’ve sat on the floor eating dinner with my rickshaw driver’s family in his two room flat in Chennai and have been waited on by the servants of rich friends in Kolkata.  I’ve gone everywhere from big cities to rural areas, north, south, and in between.  Needless to say my India travel experience is varied and it hasn’t all been fun and games.

What this teacher wrote about and more exists — mangy street dogs, shit (both animal and human) on the streets, piles of garbage, legless beggars, scam artists, red paan spit stains on your hotel room’s walls, a rat the size of a cat falling out of a restaurant ceiling (happened to me.)  Naming it is not being a “neo-colonialist,” it’s reality.  All those things can be seen on the same block with a fancy 5 star hotel, it’s all India.  While polio has been eradicated in India, I did get re-vaccinated for it in 2005 for my first trip.  My doctor told me that after so many trips it might be a good idea to get tested for TB.  I never have.

Despite the outrage on Remski’s page, going to India the first time DOES make you realize how privileged we are in the West.  If not, you’re fucking blind and clueless.  When I returned from my first trip in 2005 I had reverse culture shock for 6 months.  Fortunately I returned to India at the end of those 6 months.  I could not wait to return.

Apparently Remski thinks the mention of India and diarrhea in the same sentence is “not funny” as it reinforces a stereotype about India.  Newsflash: Delhi Belly is REAL AF.  I was beyond Delhi Belly — I almost died from salmonella food poisoning in India.  For three days I shit my brains out and puked in a bucket at the same time.  Did I tell you I travel SOLO?  There was nothing left to come out. I was almost delirious from dehydration.  I was a whole state away from my home base and when I got back a friend took me to a hospital for IVs (the nurse had a hard time finding a vein because mine were flat) and meds (I had to fly home that night.)  When I got home I was 12 pounds lighter.

Here’s some advice from outside the white liberal outrage bubble:  Indians also get diarrhea, in fact, children in poverty die from it.  So it’s not an insult to Mother India to talk about it.  SMFH.

So can the faux outrage, sit your asses down, and get over yourselves.  Because that outrage is nothing but snobbery, that you are so much better than the teacher who wrote his opinion about his experience in India.

Just a bunch of pukka sahibs, isn’t it?