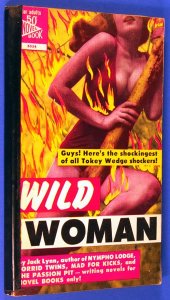 Fear and Loathing in the Yoga World, Part 1

I will say from the start that the studio owner who fired me in an email last week later realized that her actions were not the most professional or reasonable. she admitted that she should have called me and she regretted what she did. however, the damage had already been done. you can’t unring a bell. you can’t undo the damage that you did.

She sent her screaming email late at night accusing me of things I did not do, so it was too late for me to call her. I wrote back to her immediately explaining how I could not have done the things she accused me of, which were:

1. sending “consistent” emails to students with “negative connotations” about her and the studio. more about that later.

2. calling a woman who was scheduled to do thai yoga massage after my Sunday morning class and asking her to cancel her appointments so that I could use the space. the story about that is even more bizarre than #1.

The situation is that she is closing the studio at the end of the year, not because of the economy, but because it was a hobby that turned into a real business. a successful yoga studio with committed students. I should be so lucky. she admits that she never realized how much work a “real business” takes and it all got to be too much so she decided to close up shop and sell the building. that’s fine, it’s her decision, and I have to say that when I first heard this news I had little reaction to it because all things are impermanent, so be it. but I did tell her that I would look for my own space, maybe even buy a building, I was upfront about that from the get go. and I have found my own space starting in January. so when she told me I was “going behind her back”, that accusation floored me.

I’ll try to make this convoluted story short. I had given up my night class and the owner gave it to another teacher. I emailed a few of my night students saying that I regret I am no longer teaching this class, so-and-so will be teaching it, and I hope to see them in January in my new night class. that’s it. I had also sent an earlier email announcing my new space and my new classes to all students who had voluntarily given me their emails. by the way, all the students know the studio is closing.

As it turned out, the owner taught the night class after which she sent the scathing email to me. she said that three students (who were my students obviously) came up to her after class with the accusations about the “consistent” (two) emails with the “negative connotations.” I did not understand how they could have interpreted anything negative from my emails.

As for asking the thai massage practitioner to “cancel” her appointments, I did call the woman to ask if she was using the space after my Sunday morning class. I wanted to know because a friend who is a semi-pro photographer was coming to the studio after my class to take some shots of me. she told me yes, she’s using the space after my class, and I said fine, I’ll just reschedule. that was it. for whatever reason, the thai massage practitioner called the owner and told her I called. when the owner accused me of wanting to “cancel” this woman’s appointments behind the owner’s back, I called the practitioner and asked her why she told the owner the lie about me. let’s just say I was not my most yogic self. she claimed she did not. when the owner later admitted she acted hastily, she told me that the practitioner did not use the word “cancel”, but that it was hard for her to imagine that she would have heard anything different. so as for who was telling the truth, I had no idea and I did not care. the damage had already been done.

As for the students telling tales about me, human nature is what it is. and I’m sorry to say this, but yoga students love to stir things up. admit it, because y’all know it’s true — in fact, maybe some of you reading this have done it yourself. in our subsequent discussion about it, the owner told me about how students would tell her that so-and-so teacher doesn’t do this, or doesn’t do that, or teaches shoulderstand like this, he doesn’t teach it the way you do, blah blah blah blah blah. I’ve heard students speak horribly about sub yoga teachers, I’ve seen students walk out of classes because “their” teacher wasn’t there that day. I have to ask: what the hell are you doing? and why? I’m here to tell you, if any of you reading this has ever done that, you should be ashamed. yoga is about cultivating an attitude of gratitude and if you don’t have one, yoga has taught you nothing.

After my experience with the alcoholic studio owner, this screaming email brought back bad memories. there was no way I was going to allow another studio owner to treat me like garbage. there was no way I was going to let those lies about me stand. in her original email she wrote that I should send back my key and when she got it she would send my last check and my mat. no way, I thought, I’m getting my things in person, so I called the next day. as it turned out, we talked for an hour. reasonably. I explained my side of the situation. and she became contrite and humble. she never once said “I’m sorry” but she admitted she acted unreasonably. so we agreed to meet the next day so I could get my mat and money.

We met the following morning (the email was Monday night, this was Wednesday morning) and I must say that I was not at all upset. I had let it go. in Buddhism there are three sensations: attachment, aversion, and neutrality. at that moment I was neutral. I walked in, gave her my key, and said I’m getting my mat. she stopped me and said “I must tell you these things…” and she began to tell me how wrong she was. I sat and listened. but the damage had already been done, you can’t unring the bell.

She admitted that the whole situation was a learning experience for her, about how she is ruled by her emotions, about how reactive she is, about how she is very attached to the studio even though she is giving it up. I let her talk and said, “well, I have much more life experience than you,” (she is only about 30), “and I would advise you that next time someone tells you something, to investigate it.” I asked her what she thought the purpose was of those students saying those things about me. I also told her to ask herself why she believed them so readily.

I told her that after this whole experience I am re-thinking whether I should continue to teach in that community. she told me that I would have to do what is right for me but she thought it would be a disservice if I did not. she said that I should not let the actions of the three students ruin it for the others. I told her I appreciated that.

So this entire situation was a learning experience for her but also for me. it was a lesson on letting our emotions rule us, a lesson on reactivity, a lesson on investigation. these are all things that Buddha taught about.

The owner’s first email compared to her contrite second email was absolutely Dr. Jekyll and Mrs. Hyde. since this incident I’ve heard more than a few stories from teachers about the Jekyll and Hyde personalities of yoga studio owners. and all I have to say for right now is “never again.” and for any yoga studio owners reading this, think long and hard about how you treat your teachers and about how much support you give them.

I’m tired of the drama of yoga studios. the alcoholic studio owner (about whom I am finally neutral), the immaturity of the second owner….I think the Universe is giving me another kick in the yoga butt that the studio model is dead for me. time for me to move on to bigger and better things. time for me to examine my own yoga teaching paradigm. my gal pal who lives in India told me that I need to find a “goddess in residence” yoga gig somewhere. I think she’s right. if you have one, let me know, I’ll be on the next Lufthansa flight out.

After my meditation class last night I talked about this with my teacher, the Theravadan Buddhist monk. his dharma talk was about attachment and the Ego, whether there is an “I” and if so, what is it. after our sit I told him that working with attachment and craving is easy for me, but my Ego troubles arise from my aversion (the flip side of attachment) and I told him briefly what happened. he is a relatively young monk but very wise and I always feel at peace after our talks. he said, “why are letting this bother you? you know your truth, you know the type of person you are. no one can change that by their words. let it go.” I said, “but what about the lies about me? my mind continually asks ‘why why why’, that is what makes me crazy.” he said, “accept that sometimes there is no answer. those people have their own problems, don’t create your own problems because you are upset. you will never know their motivations. let it go.” finally he said, “this is a lesson for you, too, a lesson to teach you loving-kindness. send them loving-kindness.”

7 thoughts on “fear and loathing in the yoga world, part 2”