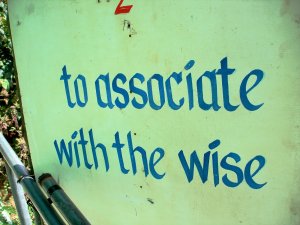 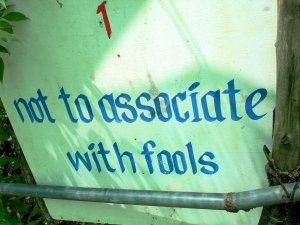 “the community was blighted with some unfortunate cattiness, competitiveness and general high-school girl behaviour.”

Hallelujah! I’m not the only one who feels this way!

The above quote was taken from Nadine’s blog. Nadine moved from South Africa to Australia and I’m happy that she is so happy in the Australian yoga scene.

My experiences in yoga studios have not been the most positive, but I take everything as a lesson. sometimes the negatives are greater teachers than the positives. I also believe in karma so maybe the Universe is telling me something about teaching in yoga studios. hey, maybe I was a total bee-atch yoga studio owner in a past life so now I’m getting what’s coming to me. all I know is that I am going to think long and hard before I teach in a studio again.

One of my loyal readers told me that his teacher said “the studio model is dead” and that comment intrigued me. he said that it’s not that she doesn’t still teach some group classes, but rather that those are basically seva and a way to attract students to do the workshops, teacher trainings, and especially private lessons where mature practice can happen.

“Private lessons where mature practice can happen” is also an interesting statement, “mature” being the operative word for me. my teachers in India taught that personal transformation can only begin in a group class but is accomplished by working one-on-one with a teacher in the classical way and I truly believe this.

As for those “yoga communities” I’m the first to admit that because of my recent experiences the phrase leaves me colder than sitting on top of an iceberg. Brenda had a blog post about it where readers weighed in.

So what say you? is the “studio model dead” especially in this economy? and what about those “yoga communities” that everyone talks about and wants to develop? is it about talking the talk and walking the walk? or are “yoga communities” no different from your neighborhood coffee klatch where we just get to wear that cool yoga jewelery?

More on this later as thought develop, so talk amongst yourselves. I’d really like some comments especially from newbie yoga teachers and studio owners. I’d also like to know if teacher trainings nowadays are incorporating more yoga business aspects to the trainings, i.e., “yoga in the real world.”

13 thoughts on “is the yoga studio model dead and how ’bout those "yoga communities"?”